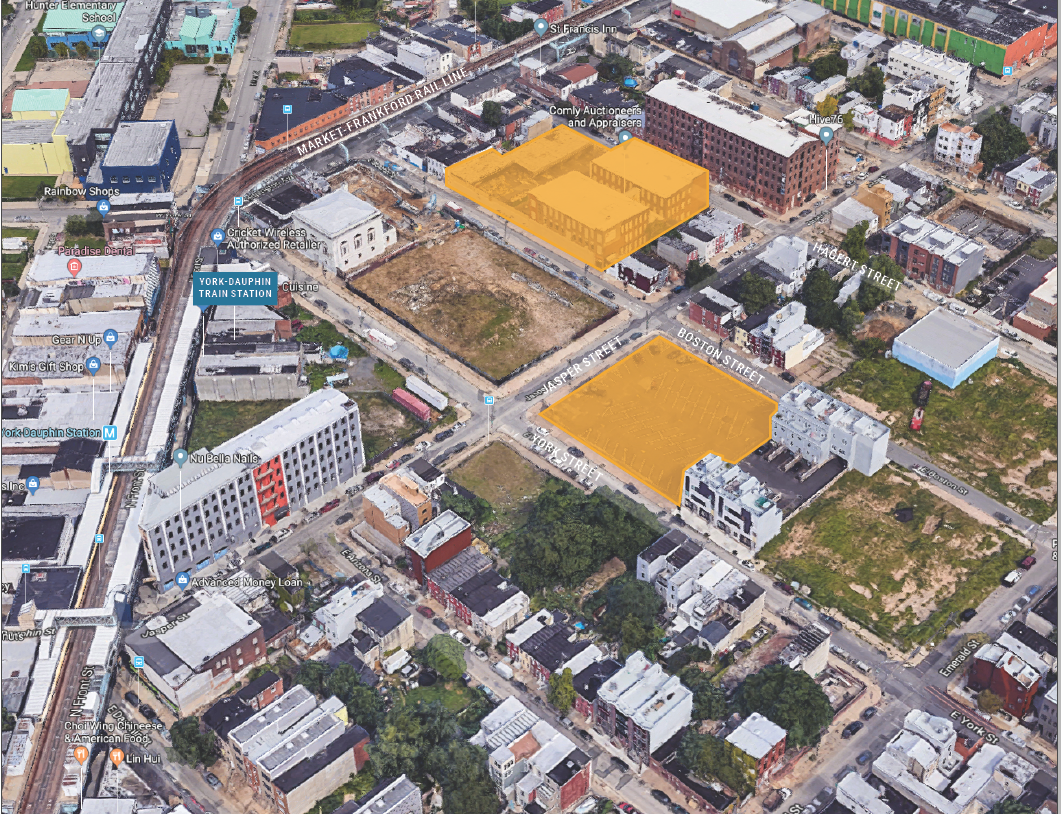 Berkadia is pleased to exclusively offer the opportunity to purchase the Kensington Development Site (the “Project” or “Site”) located in the rapidly gentrifying neighborhood of East Kensington, Philadelphia. The Site is located in a Qualified Opportunity Zone (QOZ) allowing investors to benefit by investing gains from recently sold assets while simultaneously deferring taxes on those gains for a period of up to 7-years.

Kensington Development Site allows for the development of multifamily housing with a commercial use on 50% of the first floor. Neighboring developments have successfully achieved variances from the Zoning Board of Adjustment (ZBA) allowing a developer to achieve increased density, creating the opportunity to maximize the value and scale of the Project. Based on the current zoning and variances achieved by neighboring parcels, a new developer could have the opportunity to build over 250 apartments.

Kensington is one of the hottest markets for residential development throughout the Philadelphia metro. The neighborhood has been attracting significant attention from developers due to its strong location near Fishtown and Northern Liberties and public transit access via the Market-Frankford Line, Additionally, the strategically positioned area is situated near many of the region’s top employment and entertainment hubs that are easily accessible by public transportation.

While the Philadelphia MSA has seen the largest delivery of multifamily units since the 1970’s and the largest runup of single-family home prices since 2012, our market still trails many MSA’s in the same categories. The Philadelphia Redevelopment Authority predicts that we need to both create and rehabilitate a combined 100,000 units to keep up with demand over the next 10-years. Fortune 500 companies such as Comcast are recruiting from as far as Seattle, WA for employment opportunities at the new Comcast Technology Center. Major institutions such as Drexel University, The University of Pennsylvania, and The University of Pennsylvania Health System are investing in healthcare and technology at a record pace. Considering 69% of existing product was built in the 1970’s or earlier, the City of Philadelphia currently does not have enough apartment housing stock to keep up with the level of projected demand.

% of Existing Apartments Built in the 1970's or Earlier

Temple Health - Episcopal Campus is a major provider of healthcare service. A nationally recognized teaching hospital that instructs students on the latest in medical innovation and services, while delivering a range of high -quality health care services to patients.

Founded in 1884, Temple University is the largest university in one of the U.S.'s most iconic cities, Philadelphia, serving as a key driver of the local economy and providing a world class educatoin to more than 40,000 students across its many campuses.

Boasting a range of gaming, entertainment, and dining options for leisurely outings, the riverfront Sugarhouse Casino is among the area's premier entertainment destinations and an important employment hub for the city of Philadelphia.

Downtown Philadelphia, dubbed "Center City" is home to approximately 42% of the jobs in the city of Philadelphia and many major businesses, making the area the largest central business district in the region.

A popular public destination for family activities, Penn's Landing will be going through a multi-million dollar expansion that will add a mix of public, residential, and commercial space in the the area over the coming years.

The owners of PECO Delaware Station plan to turn the historic plant into a waterfront entertainment hub featuring a mix of event, dining, and entertainment space.

Navy Yard is a dynamic mixed used development featuring a mix of beautifully preserved buildings and contemporary architecture, designed to create an environment for production and innovation for local businesses.

​ Berkadia®, a joint venture of Berkshire Hathaway and Jefferies Financial Group, is an industry leading commercial real estate company providing comprehensive capital solutions and investment sales advisory and research services for multifamily and commercial properties. Berkadia® is amongst the largest, highest rated and most respected primary, master and special servicers in the industry.   This advertisement is not intended to solicit commercial mortgage loan brokerage business in Nevada.  ​